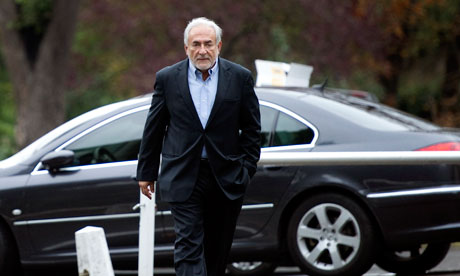 Dominique Strauss-Kahn will face police questioning during the coming week in connection with his alleged involvement in a prostitution ring in northern France. During the questioning session that will commence on Tuesday next, Mr. Strauss-Kahn can be held for up to 48 hours without charge.

He was forced to resign from the International Monetary Fund (IMF) in May 2011 when charged with raping a New York hotel maid. The case was later dropped but not until it ended his ambitions to run for the French presidency. Moreover, he still faces a civil suit in the US by his alleged victim in New York, Nafissatou Diallo.

The current scandal at hand involves an alleged prostitution ring and the organisation of sex parties at luxury hotels in the city of Lille. While the French law allows for consorting with prostitutes, it does not allow supplying them to others.

Mr Strauss-Kahn faces charges if it is proved beyond reasonable doubt that he was aware that the women who took part in the sex parties that he allegedly attended were prostitutes.

The former IMF Chief’s attorneys during a previous statement have said that Mr Strauss-Kahn believed at the time that he was participating in swingers’ parties and had no reason to think that the women involved were sex workers.

This alleged connection that has been doing rounds in the French newspapers for months has been tabbed as ‘the Carlton Affair’ after the name of the Lille hotel where clients were allegedly supplied with prostitutes. The scandal has already resulted in the arrests of many local notables including businessmen and police chiefs.

Lawyers from Mr Strauss-Kahn’s side have stated that legal action over his alleged invasion of privacy was in the pipeline.

The coming week will prove decisive for Strauss-Kahn’s future as a free man. It is only a matter of time before it is ascertained whether Strauss-Kahn can manage to keep himself from being held behind the bars one more time.

Surprising Uses of Beer Aside From Getting Drunk

How to Fight Office Boredom